Background: What is a CDS projection view and what is its function

CDS projection views serve a special purpose within the ABAP RESTful Application Programming Model. They are mainly used to define interfaces on the basis of existing CDS view models. A projection view is always based on exactly one existing CDS view entity or CDS DDIC-based view and exposes a subset of its elements, which are required for a specific business service. 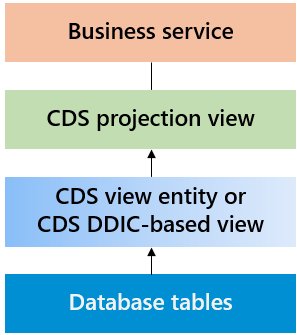 Syntax of a CDS projection view

The example shows the syntax of a CDS projection view:

In RAP, for example, a virtual element can be connected to an ABAP class that implements a special virtual element interface by using the framework-specific annotation ObjectModel.virtualElement.CalculatedBy. In that case the value of the virtual element is calculated during runtime by the SADL framework.

In the example above, the class CL_DEMO_SALES_VIRT_ELEM_EXIT is used to calculate the expiry date of a sales order item.

The image below shows how several views belonging to a business object are projected and redirected. 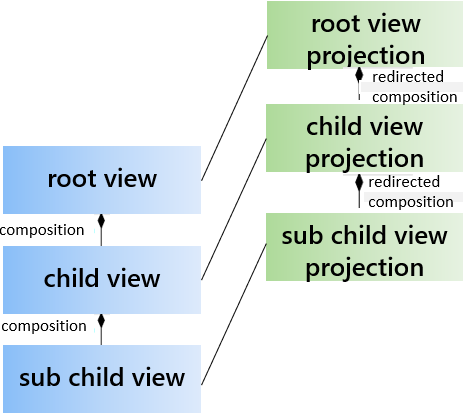 Redirected compositions in a CDS projection view. Image was first published in the Developer Guide for the ABAP RESTful Application Programming Model.

To find out more, see our documentation: