This blog is about recommendations for building modern applications and Web APIs with RAP on SAP Business Technology Platform (BTP) ABAP Environment – aka Steampunk – and SAP S/4HANA.

A. Why using the ABAP RESTful Application Programming Model (RAP)

The ABAP RESTful Application Programming Model (RAP) is a set of concepts, tools, languages, and powerful frameworks provided on the ABAP platform. It supports the efficient development of innovative and cloud-ready enterprise applications, as well as the extension of SAP standard applications in an upgrade-stable way in the cloud and on-premise.

RAP is an enabler for improving the user experience and innovating business processes in ABAP-based SAP solutions by leveraging SAP Fiori, SAP HANA, and the Cloud. It is a long-term strategic solution for ABAP development on SAP’s flagship product SAP S/4HANA, cloud and on-premise (as of release 1909) editions, as well as on the SAP BTP ABAP Environment.

SAP uses RAP to build new standard applications and modernize existing ones. SAP also recommends its customers and partners to use it for their custom developments on SAP S/4HANA and SAP BTP ABAP Environment.

RAP is based on proven and modern technologies and concepts. These include:

RAP offers a standardized development flow in the modern ABAP Development Tools in Eclipse (ADT) and a rich feature set for building applications of different domains, such as transactional and analytical apps, whether from scratch or by reusing existing custom code.

Different types of services can be developed with RAP: 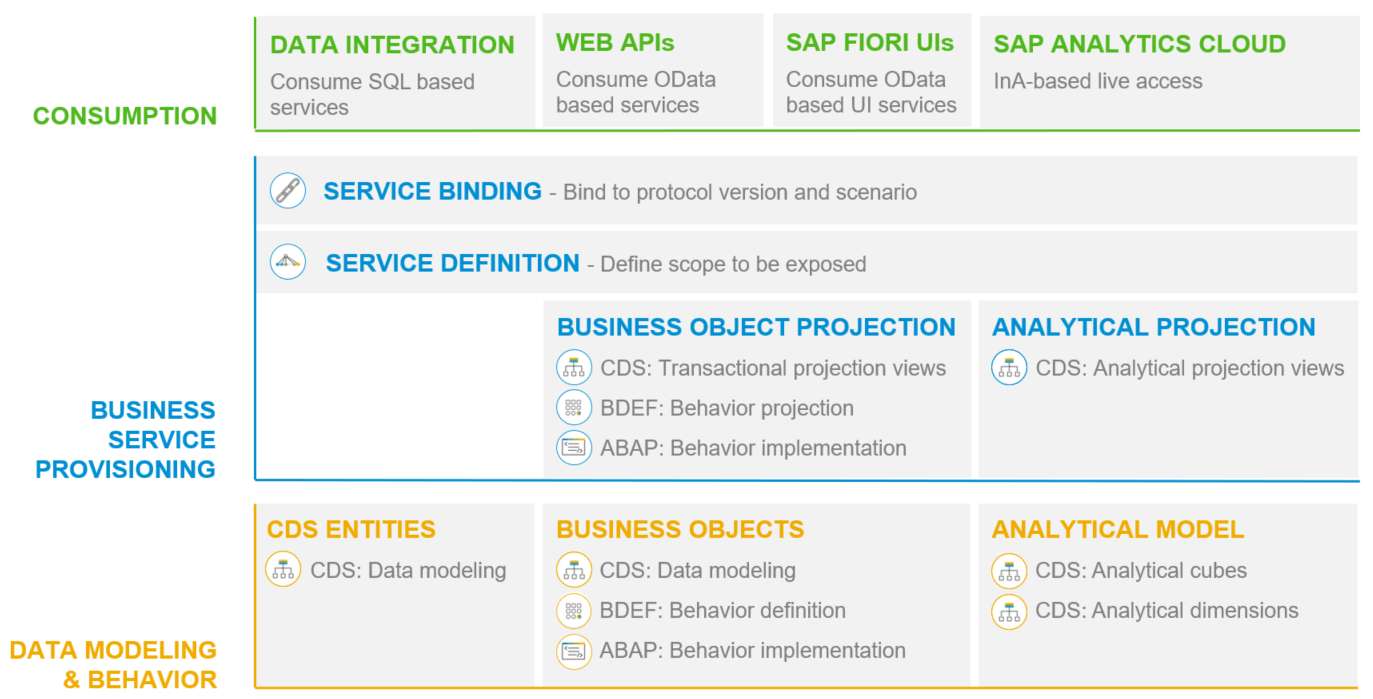 Built-in capabilities such as ABAP unit tests, the ABAP cross trace tool, and knowledge transfer documents are offered along the RAP development stack to cover core software quality concepts such as testability, supportability and documentability.

Comprehensive developer guides and other educational materials on RAP, such as the